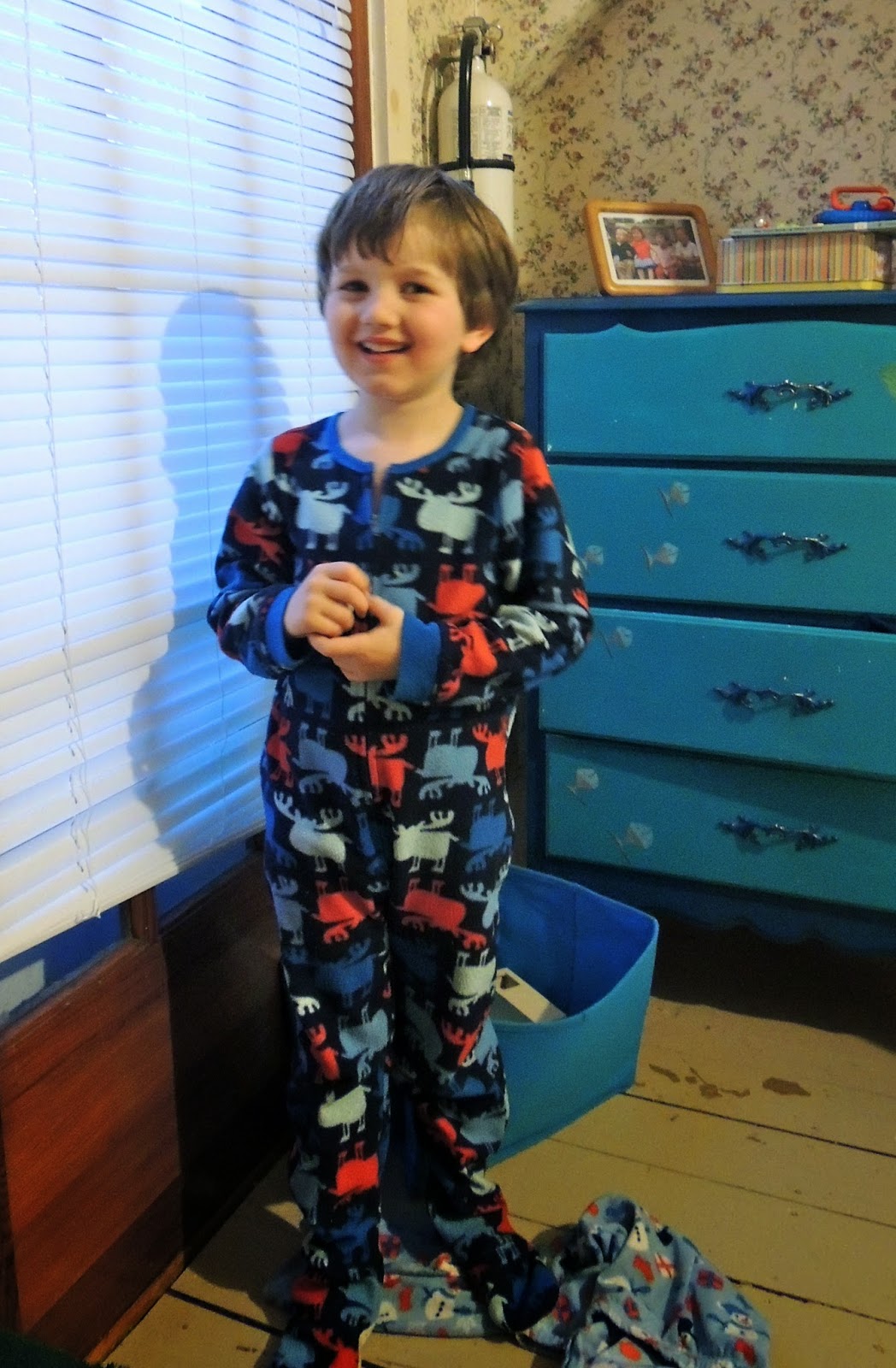 Cale has a wonderful bedtime routine these days, but there are some nights where he pulls out all the stops in an effort to stay up later. We are happy to let him read a book to himself after we have said goodnight, as long as he turns the light out on his own and goes to sleep when he is done. I don't mind him staying up a little bit later, as long as I don't have to be there. I think every parents looks forward to having some time to themselves in the evening, and I am certainly no exception.
Lately Cale has pulled out some pretty hilarious bedtime quotes. I thought I would share some of the true gems.

Scene: I put Caleb to bed after a bit of a struggle - he needed a drink, needed the one teddy bear I couldn't find, needed more water in his hot water bottle...4 year old bedtime stalling at it's best. I finally got serious and said. 'Good night. I don't want to hear any more words from you.'
5 minutes later Caleb was at the top of the stairs, fighting back tears...
"Mom, am i going to be allowed to use my words tomorrow??"

Scene: After a nice bedtime cuddle
Cale looks at me and says, "Mom, I adore you."
Me: "That is so nice, sweetheart. I adore you, too."
Cale: "What does adore mean?"

Scene: Linda has put Caleb to bed. She didn't know that he is allowed to read a book on his own, so when he asked, she said no and told him it was time to turn the light off and go to sleep. About 5 minutes later Caleb shouts down to ask me if he can read himself a book. I said sure. Another 5 minutes pass and Caleb is crying at the top of the stairs...
I ask him what is wrong and he says 'I just don't know who I am supposed to listen to.'
Poor little fella was at a complete loss when he was told two different things by his grandmother and his mother!  He is still a child that likes to play by the rules.
Posted by Ashley at 8:51 PM 2 comments:

'I wish it was the weekend all the time' Caleb said yesterday afternoon. Me too, my son, me too.
We are having a great one this weekend. Relaxing and simple. No car and no plans = lego parties, pirate adventures, outdoor explorations, lots of baking and snuggling up watching movies.

Life is good these days. Spring is in the air (at times) and I'm feeling pretty well overall. We have lots of exciting things coming up - a trip back to Jamaica for a follow-up workshop related to my research last fall for me, a trip to Cuba for Alan and I for a good friends wedding in May, a summer filled with music festivals and then a new addition to our family!

Also a few stressful things on the horizon, mostly several upcoming moves. We are destined to be nomads for life it seems! The house we are in now has sold, and we need to be out June 1 and into a yet to be determined new place in Annapolis Royal until the end of August. Then off to Fredericton and hopefully into a furnished rental in September. We'll likely move a few times during the year and then back to the Valley and another new home. Phew...tiring just thinking about it, but it will all work out somehow, because as a friend said to me last night - things work out, that's just what they do. 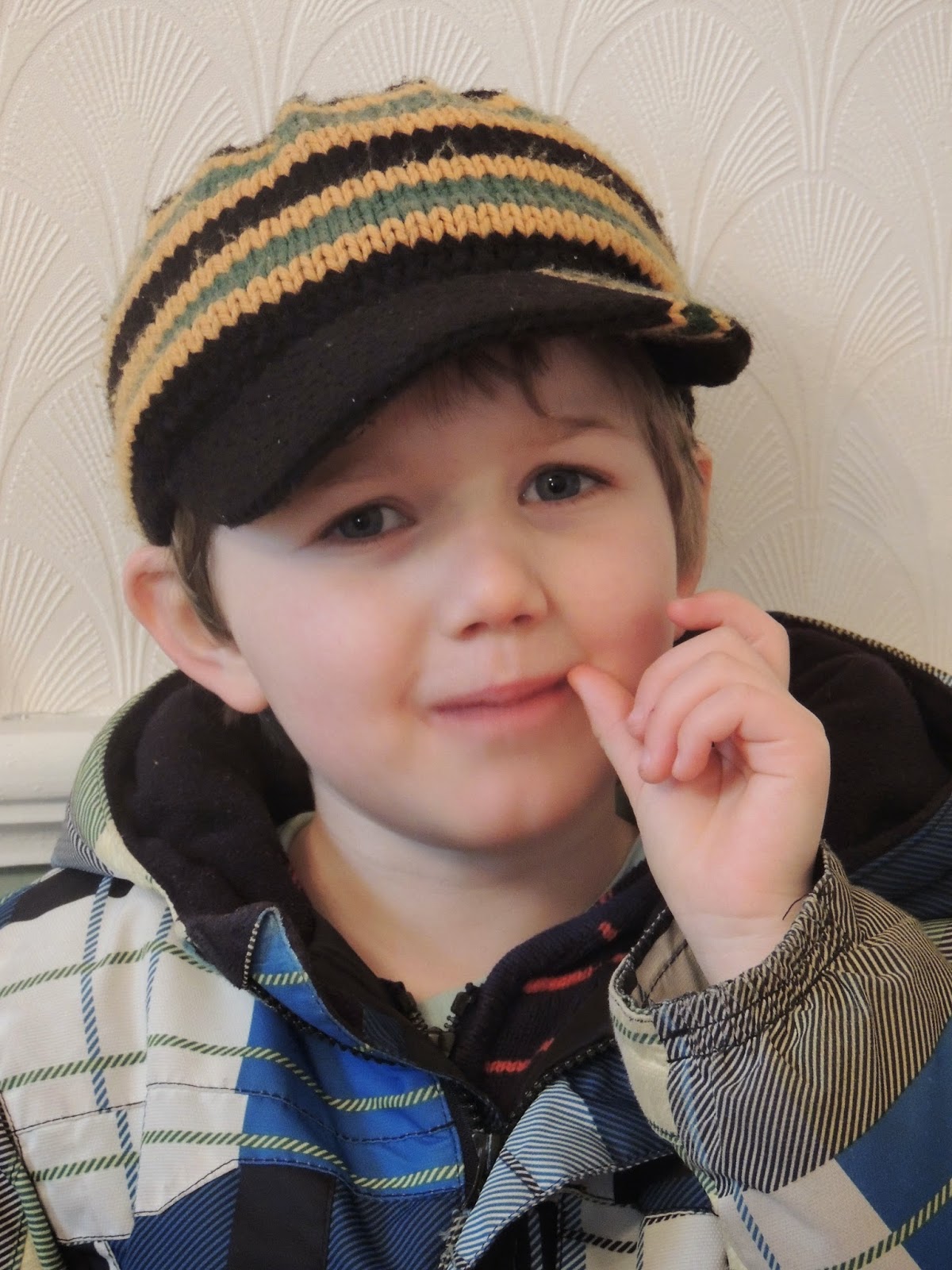 Bun in the oven!

I'm extremely happy to announce that we are expecting a baby at the end of August. Caleb is over the moon and will undoubtedly be a wonderful big brother. He is filled with questions and will occasionally walk up to my belly and say 'Hello in there! Come out, come out wherever you are!!'

This pregnancy has been so much different than my first one. For about 8 weeks was struck down with pregnancy sickness (I refuse to call it morning sickness since it lasted all day and night). It was terrible and I was absolutely useless. Everything seemed to trigger nausea especially all types of food. I couldn't be near my kitchen, I couldn't wash a dish, I couldn't even say the word compost...I certainly wasn't at my best! Thankfully, Alan was home for most of the time so I was able to lay on the couch, rest up, focus on getting trough work the next day, while Alan took care of absolutely everything.  I'm a lucky gal.

One night Alan was gone and I knew I would have to prepare some sort of dinner for Caleb. I handed him a whole carrot, asked him to eat it in a different room and come see me if he needed a piece of bread when he was done. I couldn't even bring myself to cut the carrot into sticks!! Not my proudest mom moment.

The good news is, the nausea has passed for the most part and I'm feeling immeasurably better. I'm now in the so called 'honeymoon trimester' - not too sick, not too tired, not too big! I'm trying to enjoy it and take care of myself as we wait for the months to pass and a new bundle of joy to join our family.
Posted by Ashley at 7:30 PM 1 comment: